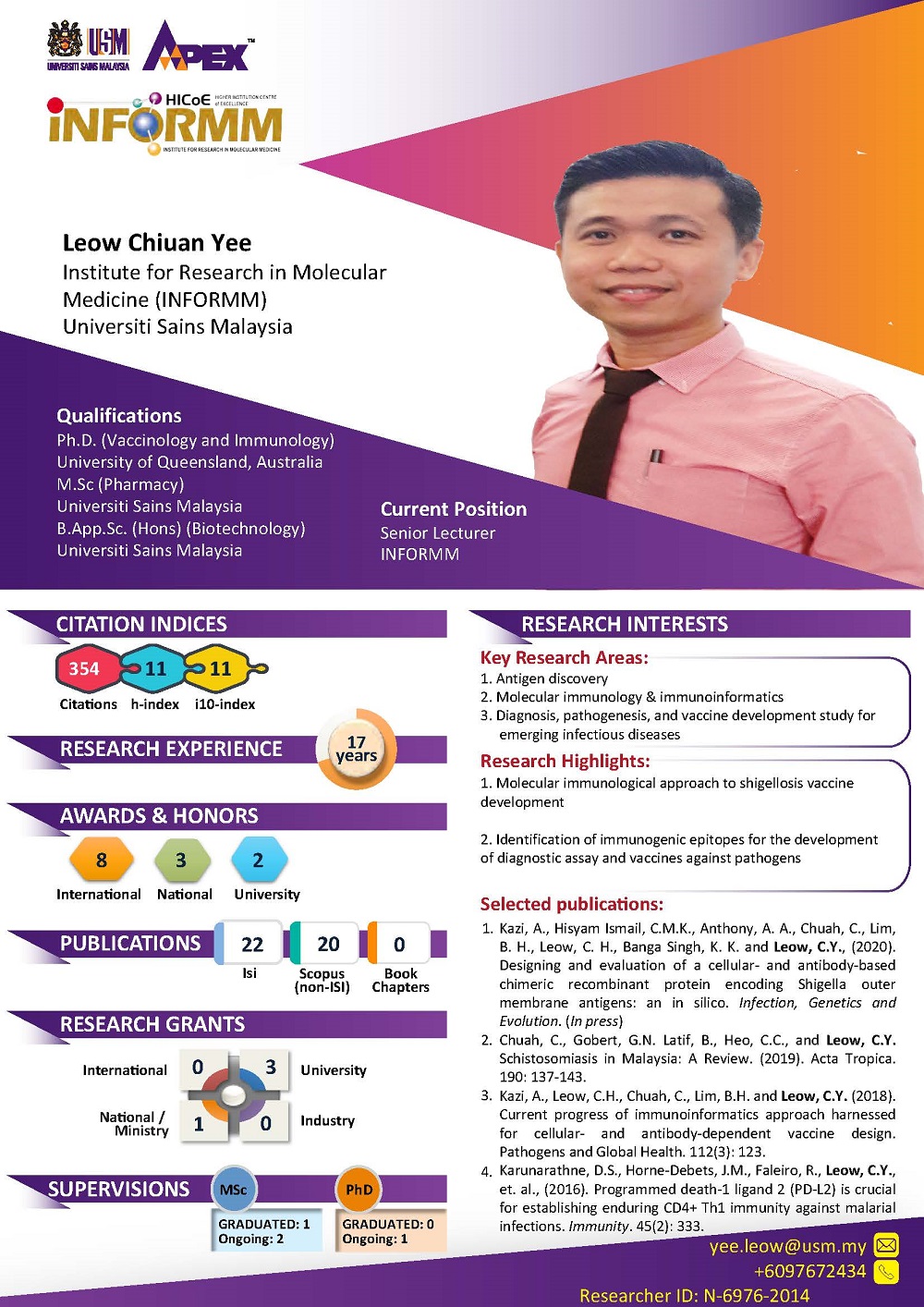 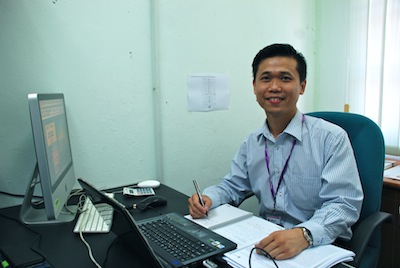 In Malaysia, Shigella spp. is the third most common bacterial agent responsible for childhood diarrhoea. Like many other tropical diseases, shigellosis cannot be sustainably controlled by mass drug administration due to the possibility of antibiotic resistance. Therefore, a vaccine is desperately needed to combat this microbial pathogen. Prior to achieve this, the comprehensive understanding of immune response associated with shigellosis is critically important. Shigella infection represents an interesting paradigm of imbalance of the host immune mechanisms that regulate inflammation, and of bacterial strategies developed to escape killing by host immune cells that are equipped with a large repertoire of anti-microbial weapons to control microbial infection. Previous study showed that in vivo activation of T cells in the blood in patients during shigellosis and a correlation between the degree of T-cell activation and disease severity, confirming the importance role of cell-mediated immune response during Shigella infection. To understand the role of cellular T cells in the pathogenesis of and protection against Shigella infection and to further the development of effective vaccines, knowledge about Shigella derived molecules or epitopes that may induce T-cell-specific responses is required.

Brucellosis is endemic in many developing countries and is caused by Brucella species that affect human, domestic and some wild animals. In livestock, Brucella causes abortion, still birth, reduced milk production and infertility, thus directly affecting livestock related food production. This zoonosis disease has made a significant economic impact in livestock that is widely distributed among cattle and related wildlife species. Human brucellosis has been reported in Malaysia since 2000. More importantly, food borne brucellosis in human was first reported in 2010 involving a seven-year boy after after consumed a Brucella infected raw milk. Recently, several outbreaks of brucellosis have been reported among humans in Malaysia which were associated with the consumption of raw cow’s milk contaminated primarily with B. abortus and occasionally with B. melitensis and B. suis. Owing to the cross-reactivity of Brucella LPS with other Gram negative bacteria, and the lack of available vaccine, our primary research interest is to understand pathogenesis and immunology of brucellosis and hence contributing towards the diagnostic assays and vaccines development against this intracellular pathogen.

2. Leow, C.Y., Willis, C., Hofmann, A., and Jones, M.K. (2015). Structure-function analysis of apical membrane-linked molecules for treatment and control of schistosome parasites of humans: insights from studies into annexins. British Journal of Pharmacology. 172: 1653.